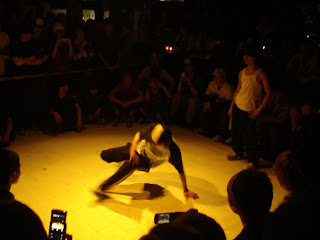 In China, Shenzhen is somewhat of an anomaly. Unlike most other Chinese cities that can lay claim to a rich local history that goes back thousands of years, Shenzhen is a city that was created only about thirty years ago. Set up by former leader Deng Xiaoping, Shenzhen was China’s first Special Economic Zone (SEZ), meaning that economic laws are more liberal in Shenzhen than in the rest of the country in order to promote economic growth. Thirty years ago Shenzhen was a small fishing village, but today, Shenzhen is one of China’s fastest developing cities. Chinese people from all
travel to Shenzhen in order to find jobs and make money, and the majority of Shenzhen’s population come from other parts of the country.

And so what does this have to do with Chinese Hip Hop?
We had the opportunity to hear what native-Shenzhen rapper JR Fog had to say about his city and it’s Hip Hop development. JR Fog sees Shenzhen’s lack of traditional local culture as an advantage. In his opinion, Shenzhen isn’t held back by many of the traditional values that might be essential to Chinese cities with ancient history, values that might clash with a young and modern culture like Hip Hop. As a result, as Shenzhen’s population starts to get more settled, JR Fog looks forward to Shenzhen’s young people being the city’s first generation of “producers of culture.” It will be up to him and his peers to weave the cultural fabric, and he is excited.

When we were in Shenzhen we got the chance to see some examples of a vibrant youth culture. Our main focus was the Shenzhen Hip Hop Awards China, the perfect example of a group of young people using their own resources to put on an event to promote and spread their passion Hip Hop culture.

We also met a group of Shenzhen skateboarders who were proud to quote an international skateboarding magazine saying that Shenzhen was a “skate capital of the world, second only to Barcelona.” Who knew? They took us out to a couple of Shenzhen bars with great live music and laidback atmospheres, one being True Colors, a reggae-themed lounge with nightly DJ sets. In my opinion, Shenzhen has some of the best alternative nightlife in China – “alternative” meaning unlike the majority of Chinese bars and clubs which feature throbbing bass-heavy music, dice games, and watered down Chivas Regal. Which can be fun…if you have earplugs.

The night after our interview with the Hip Hop Awards organizers, the organizers brought us to a local Hip Hop dance competition. Most of the dancers were in High School and their raw excitement was infectious. They cheered for each other and joked around both in and out of the dance circle. It was clear that they were having a great time, getting the chance to showcase their moves and their own personal style. And for us, it was a chance to see some of Shenzhen’s next generation of Hip Hop lovers in their element. Take look at some of the night’s highlights!