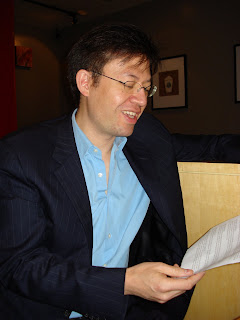 Since its inception, feature and documentary films have been used to preserve and promote Hip Hop culture. In the 1980s films such as “Wild Style”, “Breakin’” and “Beat Street” captured the earliest days of Hip Hop and introduced it to audiences around the world. Recent films such as “8 Mile” and “You Got Served” became box office smashes and reignited interest in freestyle and dance battles. While the majority of Hollywood films focus on Hip Hop stories in the United States, there has been a surge in documentary films about global Hip Hop. Films of note include “Hip Hop Colony”, “Cuban Hip Hop: Desde El Principio” and “Resistencia: Hip Hop in Colombia”. While a few Chinese filmmakers have completed Chinese-language documentaries, until now, the only film released internationally that offered a glimpse of Hip Hop in China was Director Todd Angkasuwan’s 2007 film “No Sleep till Shanghai”, which chronicled Jin Au-Yeung’s tour. Director Duncan Jepson has just completed a documentary titled, “Follow Your Heart”, that provides the first comprehensive introduction to Hip Hop in China.

“Follow Your Heart” brings together four of the architects of Hip Hop in China. DJ VNutz, China’s first DMC Champion and founder of The Lab; MC Webber, China’s three-time Iron Mic Champion and one of the original members of Yin Tsang; Sic, China’s most acclaimed writer and Stanly, one of China’s earliest Bboys and owner of Dragon Dance Studio. The film presents their individual stories and brings them all together to throw a Hip Hop party in Guiyang, China. The growth of Hip Hop is contextualized within Chinese history and China's rapidly changing society. The characters voice their opinions on issues facing both Hip Hop artists and Chinese citizens, such as generational conflicts, consumerism and, of course, how to reconcile your dreams with the pressures of reality.

The film is excellent and a must-see for anyone interested in global Hip Hop, urban youth culture or modern Chinese society. We caught up with director Duncan Jepson in Hong Kong to get his thoughts on making the film. Check out what he had to say.