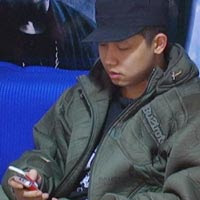 Directed by acclaimed filmmaker Sue Williams a new documentary film about China has been released. The film is an intimate portrait of the new generation that is transforming the country. Shot over four years, the film follows a group of nine young Chinese from across the country as they scramble to keep pace with a society changing as fast as any in history. One of the individuals profiled is rapper Wang Xiaolei AKA MC Sir. Their stories of ambition and desire, exuberance, crime and corruption are interwoven with moments of heartache and despair—from a successful entrepreneur opening his first Internet cafe to a migrant worker torn between romantic love and duty to her family, from an up-and-coming rap artist trying to make it big to a public interest lawyer suing over a power line built for the Olympic games.

As for documentaries about life in China today, Young & Restless in China is undoubtedly one of the most ambitious and comprehensive. The dreams of prosperity, stability and happiness created by economic development remain elusive for most people in China. The individuals in this film not only reveal that disparity, but also the common struggle to find meaning in an ever-changing society. The film aired on PBS on June 17 and you can also watch it online. Check out the Young & Restless in China website.