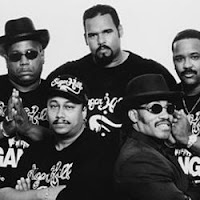 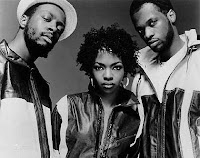 The celebrity of rappers Notorious BIG, Diddy, Jay-Z and 50 Cent have led many to equate “East Coast” rap with New York City. However, there are Hip Hop legends throughout the Northeast and New Jersey is home to more than a few. The Sugar Hill Gang, The Fugees, Queen Latifah, Naughty By Nature, Poor Righteous Teachers, Redman and Lords of the Underground are just some of New Jersey’s rap superstars.
Here in China, New Jersey is pretty much only known for basketball. 90% of the time when I tell someone I am from New Jersey, they respond with, “Yes I know, the New Jersey Nets. Did you know that Yi Jianlian plays for them now?” Got it, thanks. Chinese rappers don’t usually mention New Jersey rappers among their major inspirations. Young Chinese rappers point to MCs such as Eminem, 50 Cent and Jay Z and older rappers to MCs such as Public Enemy, MC Hammer and Dr. Dre.

But even though Hip Hop fans (in the U.S. and China) often know the hometowns of their favorite individual artists, many do not know the history of Hip Hop in a specific city or region (i.e. Houston or the Bay Area).
All in all, this Jersey Girl was very surprised to hear Shanghai MC BlaKK Bubble praise the accomplishments of New Jersey rappers and express his wish that the Shanghai Hip Hop community will take after New Jersey. I feel you BlaKK Bubble and as Lauryn would say, “You have to respect Jersey!”